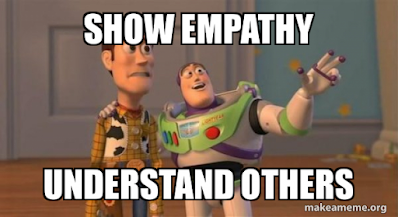 If one desires to be very good at what they do, they need to do their job with empathy. Empathy is defined as "the ability to understand and share the feelings of another."