After more than 12 years I went back to Ramoji Film City. It has not changed too much over the last decade or so but it has surely maintained what was there on my last visit. One is not allowed to take their cars into the premises unless you are staying there. There are two hotels inside - Tara and Sitara. I stayed in Tara 12 years ago and it is a pricey basic hotel.

The tickets are one fixed price for entry and for all the shows inside - Rs. 500 for children and Rs. 600 for the adults. The ticket is valid for the full day. The ticket includes entry,  a tour of Ramoji Film City, 3 shows - a variety show at the dome theater, spirit of Ramoji show and the cow boy stunt show, a few rides are complimentary and then the children's park which has things like a play area and rain dance.

The shows are at fixed timings and each show is about 15 minutes long. So plan your day accordingly so that you space it accordingly so that you can get to watch the shows. The Spirit of Ramoji is a variety entertainment show which includes some dance sequences and a couple of acrobatic sequences. The wild wild west stunt show is a fight scene with gunshots (crackers) and hand grenades (bombs), zip lining and a lot of kicking and somersaults. Its an entertaining show but if one does not like crackers get a seat at the back of the auditorium. The show at the dome theater is like a mini circus show which is entertaining.

You are not allowed to carry any food inside. There are a lot of push carts that are available selling biscuits, ice cream, chocolates and water around and at almost each of the attractions there is one. At the main place called Eureka there are 3 restaurants - hyderabadi, multi cuisine and canteen style but during lunch time they just become crazy places with all the crowd descending there at the same time. Since one is not allowed to carry food in and also the madness at the restaurants forced us to live off chocolates and biscuits for the rest of the day. For such a large entertainment center it is surprising not to find any fast food kind of places. Also the restaurants did not look like they were equipped to handle the large number of people that came on the weekend.

The tour is a 1 hour ride around by bus where they show you all the locations available within the film city identifying the various movies that were shot there. There are a few points where they allow you to get off the bus and take a walk around - these places include the indoor set, the fake airport, cave location, butterfly park and the gardens. The tour gives you information about the make believe world that movies are made in and its amazing how movie makers make all that fake stuff look so real in the movies. There is nothing fascinating about the tour so do not expect to be wowed.

On the whole its a nice days outing if one has not seen Ramoji Film City. Its not a trip I would take again and again given that nothing much has changed over the last 12 years. Its a decent place to hang around do a few activities and just have fun. You really dont get into the world of movie making or how movies are shot. You get a peek of it during the tour but that is all. The other let down is the food and when one is hungry on a full day trip it just becomes a irritating experience. The shows are are really not top of the line stuff. Lets just say that they are entertaining but will not really wow you out of your seat.

Usually when we work in the office there is usually a check-in time and a check-out time and break out meeting times, so the whole team is... 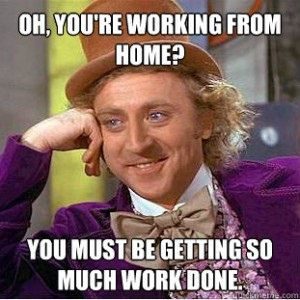